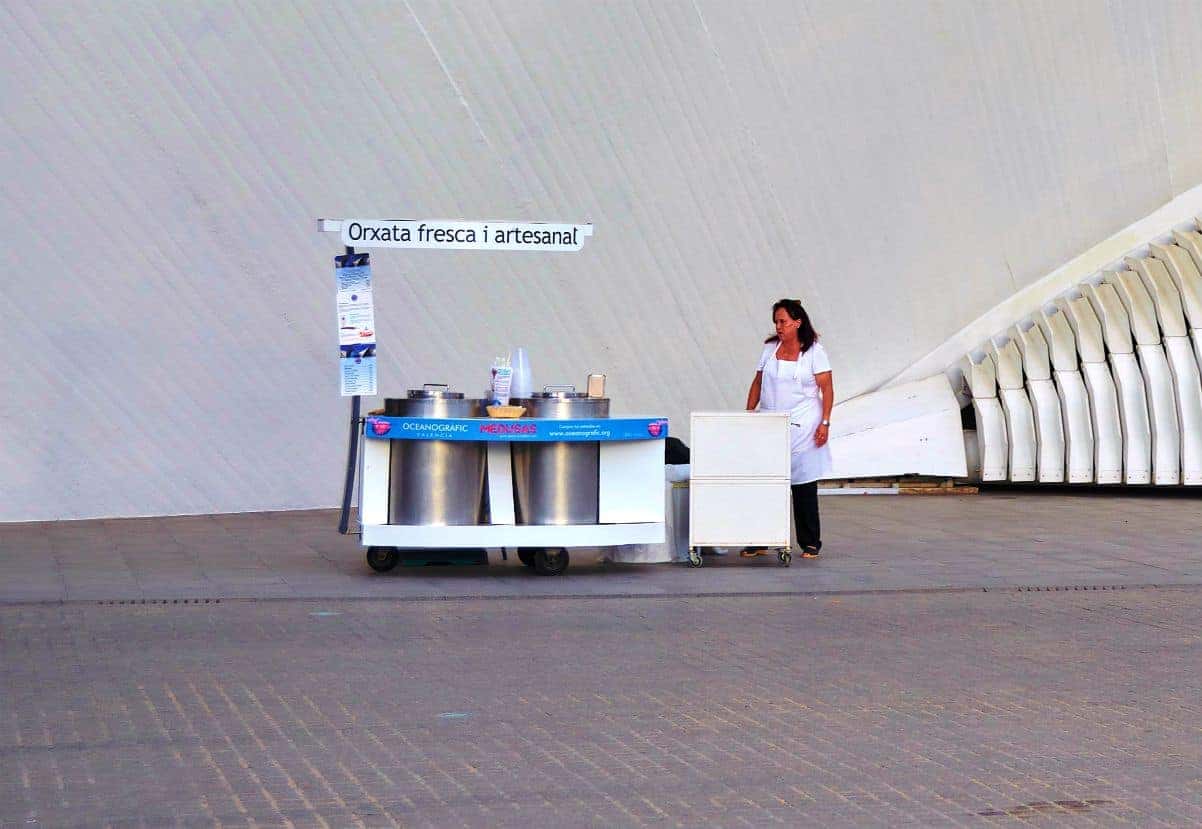 Ah Spain! Known for its exotic food, bullfighting arenas, Spanish guitars, siesta, fiesta and many other cultural gems, it’s beverage quotient has been singularly defined by just one drink – the humble sangria. But those who have walked to its many tapas bars and roamed in its verdant countryside know that there’s so much more to Spain than sangria. Here’s presenting a list of 10 local and traditional drinks that one must try in Spain beyond sangria. Salud!

Vinos de Jerez is nothing but Sherry wine made from the white grapes grown near the Spanish city named Jerez de la Frontera in Andalusia, Spain. Sherry, which was once an ignored species of wine, is slowly gaining popularity in the wine world. Since the Arabic name for Jerez is Sherish, the short name for it began to be called as Sherry.

This fortified wine comes in seven different variants. So, you’ll always have a reason to have Sherry. With Fino being the palest and the driest, Jerez Dulce takes the place for being the sweetest and darkest. The other Sherries include Manzanilla, Manzanilla Pasada, Amontillado, Oloroso and Palo Cortado that make up the list. Sherry also makes for a wonderful base for cocktails. So, whether you love Sherry Cobbler or Sherry as it is, you won’t be able to keep your hands off the delicious drink when you’re in Spain.

The name Cava can be a little confusing. Named after a Greek wine, as well as a winery in New Jersey, Cava is even often confused to be an inexpensive substitute to champagne. The literal Spanish translation of Cava is cave or a cellar. Though once it was called ‘Spanish Champagne’, it is no longer permitted to be called so under the European Union Law and since Champagne has received its own Protected Geographical Status. A remarkable sparkling wine with goodness of its own, Cava can either be white (blanco) or rosé (rosado), though to make rose cava, blending is not allowed. Instead, grapes such as Garnacha, Pinot Noir, Trepat or Monastrell can be used for the same. It has a wonderful bubbly texture and is served cold. Often produced from grapes such as Macabeo, Parellada, Xarel.lo and commercially even Chardonnay, only the wines produced in a traditional way can be labelled as Cava. When curiosity gets the best out of a few people, one can also mix Cava with their glass of Sangria to spice it up a little.

If you are able to ditch the sun-kissed shores of Southern Spanish beaches and head North, you are sure to find one of Spain’s strongest drinks called Orujo. The drink, which literally means wet solid waste, is a pomace brandy made from the solid remains of pressed grapes. Therefore, it wouldn’t be wrong to call it a by-product of the wine making process. With over fifty percent of alcohol content in it, Orujo is one of the strongest Spanish-must try drinks. Spaniards generally consume it after a heavy meal.

If we mentioned how the Orujo was produced, you’d probably feel pity for the drink. With the basic ingredient being the residue from wine production, the same residue is used to produce the liqueur. The grape skins, seeds and stalks are then fermented in closed vats and distilled. The distilled orujo is actually a colourless liquid, but when aged in oak barrels for at least two years, it develops a beautiful amber hue.

One of the traditional drinks made from the Galician Orujo is a punch called Queimada. It is an interesting drink flavoured with special herbs or coffee, plus lemon peel, coffee beans and cinnamon and traditionally prepared in a hollow pumpkin. It is like a magical concoction because a spell or an incarnation is recited while preparing it, so that people drinking the Queimada are conferred with special powers. The next time you are celebrating Halloween, you know exactly which drink you need to prepare.

What others lovingly call Shandy, the Spaniards call it Clara. Now if Clara was a person, she’d remind you of a bubbly and a fun-loving girl with an enchanting soul. That is exactly how you should look at Clara as a drink. Equal parts of lemonade mixed with equal parts of beer creates this amazing Spanish fusion. As Spain is a land of extreme climates, this beverage is the best option to keep your body cool and energised throughout the hot and dry summers. It’ll keep you fresh without getting you intoxicated. Also commonly called Lemon Beer or Lemon Shandy, the non-alcoholic version of this beverage is known as Rock Shandy. Soda water with angostura bitters replace the usual beer to create this teetotaller-friendly drink.

If you think Irish coffee is the only type of coffee to use whiskey, think again. A type of Spanish coffee that includes Carjillo is none other than hot coffee with hard liquor added to it. Widely consumed after meals, Carajillo is a shot of espresso mixed with a shot of brandy, whiskey or anisette. Though the most common combination of Carajillo is either with whiskey or rum, the very first variants of Carajillo was made using rum during the time when Cuba was still a Spanish Province. During summers, few places serve it along with lots of ice to make the drink chill.

There are many ways to make a Carajillo, with the simplest being black coffee poured in with the spirit to a more complicated method involving heating the spirit with lemon, sugar and cinnamon and adding the coffee at the end. Carajillo has its own versions in other countries such as Italy, Mexico and the United States of America. So, the next time you’re in for trying something different, surprise yourself with a Carajillo.

A native of everyone’s favourite mojito, the Rebujito is not to be confused with one. Instead of using white rum as the base, Rebujito is made by blending lemonade or sweet soda with Jerez Sherry and lots of ice. Fino or another light sherry like Manzanilla serve as the base of this refreshing cocktail. Garnished with mint leaves, Rebujito is the perfect drink to enjoy on a sunny Sunday afternoon. Rebujito, just like Sherry, was invented in Andalusia and is quite a common drink in the region. So, if you are a fan of Mojito, do give its Spanish cousin Rebujito a try when you’re visiting Spain.

Just looking at images of Tinto de Verano will make you drool over it. When translated into English, Tinto de Verano literally means ‘Wine of Summer’. Originating in the early 20th century, this delicious beverage was initially called Un Vargas but soon had its name changed to Tinto de Verano. This wine-based beverage is very close to the classic, touristy and expensive Sangria but is much simpler to prepare. Red wine mixed with sweet soda water or a low sugar, carbonated lemonade is all that it takes to make Tinto de Verano.

Also literally known as ‘Valencian Water’, Agua de Valencia is a tropical drink – with a twist. Simply put, it is a by- product of mimosa. Served in pitchers and consumed from broad cocktail glasses, to prepare this drink, cava or champagne is mixed with freshly squeezed orange juice, vodka and gin. If you can’t seem to get cava or champagne, you can substitute these with any other semi-sweet sparkling wine. Since this is one drink that generally doesn’t use ice, the cava and orange juice are kept refrigerated and chilled. Garnished with a slice of orange, Agua de Valencia is the best option for your next brunch or a mid-day party. Prepared for the first time in 1959 by a person named Constante Gil in the bar Café Madrid de Valencia in Valencia, this cocktail achieved became famous only in the 1970s.

Kalimotxo or Calimocho as mentioned earlier, is a distant cousin of Tinto de Verano. Another wine-based cocktail, Kalimotxo is a drink made with just two ingredients – red wine and cola – mixed in equal parts. With it’s sweet – sour taste, Kalimotxo has become quite a popular and widely consumed beverage across Spain.

Originating in the 1970s, this popular drink has achieved much international fame over the decades. Poured over ice, this cocktail is served in a highball glass, on the rocks. Kalimotxo is also served in a one litre drinking glass made of plastic called minis, cachi, macetas, litros, cubalitros or jarras. Despite its fame, the Kalimotxo is quite a humble drink with one of the cheapest ways to prepare it is by mixing red wine (two litres in quantity) and a two-litre bottle of coca cola in a plastic shopping bag. Once the ingredients are mixed well, the bag is squeezed tightly around the rim of the cola bottle and safely poured into it. One very interesting variation of the Kalimotxo is by adding a dash of blackberry liquer to the prepared drink. Understated just like it’s cousin, Tinto de Verano, the Kalimotxo too makes for a wonderful summer drink.

Horchata or orxata, is both a refreshing beverage and a dessert. A variant called Horchata de Chufa or Kunnu Aya is prepared by soaking tiger nuts for 12 to 24 hours, which are an inexpensive source of protein in water. It is then blended with water, dates and sugar. Teetotaller-friendly, vegan-friendly yet creamy, this drink is also suitable for people who are lactose intolerant.

Garnished with cinnamon powder Horchata will soothe your mood and taste buds. A natural refreshment consumed during the hot summer months, the Horchata is served ice cold and with fartons, which are a type of a delicate, spongy confectionery. Considered a popular drink in Spain, a regulating council exists to ensure the quality and traceability of the product in relation to the designation of origin. If you are in the mood to ditch your regular cocktails and instead head for a sweeter, alcohol-free treat, indulge yourself in a chilled glass of Horchata.

With so many varieties on offer across Spain, it’s a wonder how only Sangrias came to be associated with this fascinating country. Next time you go to Spain or even a Spanish-themed restaurant, be sure to try the drinks on this list and let us know your thoughts in the comments below.

Images used are for representational purposes only. All images from Unsplash.